The team was awarded the Secretary General’s Outstanding Middle School Delegation recognition, which would be equivalent to a first place team finish.

Here is the total list of results, including the individual student awards from all five committees AMC participated in: 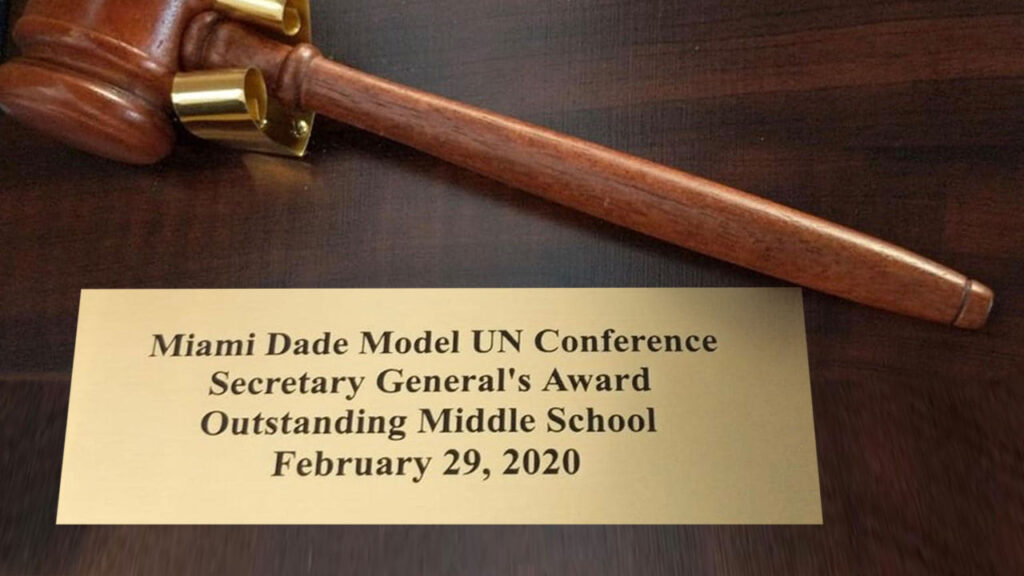 Congratulations to the students and their coaches: Mr Prepelitchi, Mr Carbonell, Mr Allred and Mr Bithman.