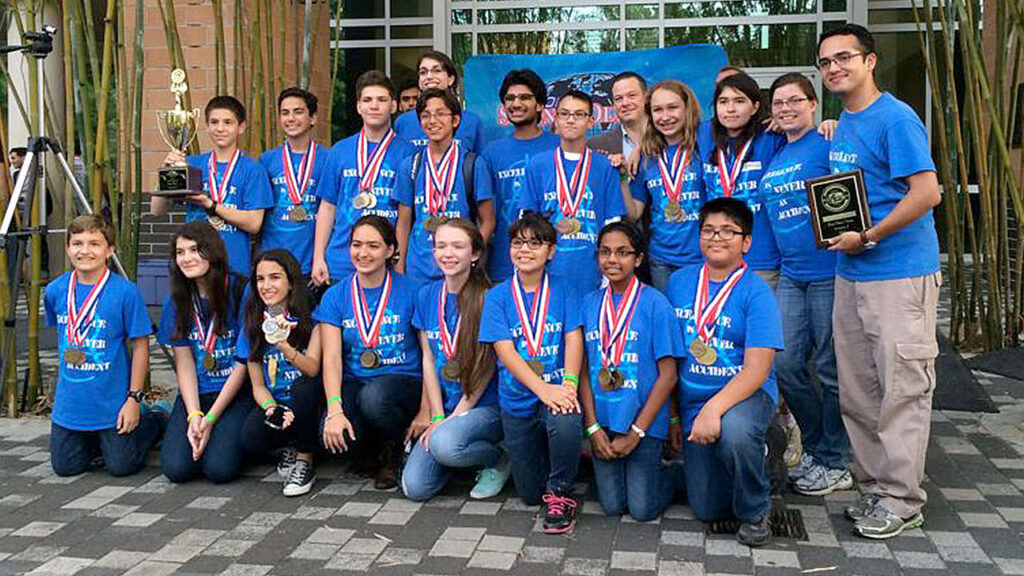 ORLANDO, Florida, March 21 – It was a momentous day for Archimedean Middle Conservatory as they regained their title as the top school in the Florida Science Olympiad competition. Archimedean’s Team Aristotle received medals in 15 of the 23 events in the competition. When the overall scores were tallied, it was announced that Team Aristotle had won the competition 80 points ahead of any other team in the state –nearly twice the score of the 2nd place team. Now Archimedean Middle Conservatory will get prepare to serve as the state representative at the National Science Olympiad competition, to be held in Lincoln, Nebraska.

Science Olympiad is a competition for elementary, middle, and high school students. Teams compete in a regional qualifying tournament, a state finals tournament, and then the top 60 middle school teams and 60 best high school teams are invited to the national tournament. Each year a different university in the nation hosts the national tournament. Teams that compete are comprised of up to 15 students, led by a coach, who compete in 23 different events. The events cover topics in physics, chemistry, earth/space science, biology, engineering, and mathematics. Students engage in hands-on, interactive, inquiry-based events that are lab-based, research-based or using self-built devices.

The University of Nebraska – Lincoln will host the 31st Anniversary of the Science Olympiad National Tournament. Archimedean Middle Conservatory will join teams from around the nation who will represent their states at the highest level of academic achievement in science, technology, engineering, and math.