Science Olympiad has been an essential and integral part of Archimedean Upper Conservatory (AUC) for the past three years and continues to make a huge impact in the lives of forty-five or more science Olympians of the school. AUC has been represented by two teams (Alpha Archisci and Beta ArchiSci) at the Florida State competition all three years and our alpha team (varsity) continues to be a powerhouse after getting placed in the top three among 42-54 teams from the entire state. In the year 2012 alpha team made history by qualifying to the National competition by winning a second place among 42 teams that were held in May at the University of Central Florida. Last year (2013) at the state tournament at the University of Central Florida on March 23rd, the alpha team got placed third among 42 teams and the team is getting ready to compete again in 2014! The beta team (junior varsity) has been placed in the top 15 and this year the team will try to get placed in the top 10!

The alpha and beta teams qualified for the state tournament after winning 2nd and 9th place in the regional competition at Florida Atlantic University, Boca Raton earlier in February 2013.

Top medal winners up to 6th place from Alpha Archisci are:

Top medal winners up to 6th place from Beta Archisci are:

Congratulations to all the students competed at the state level and to all the medal winners!! 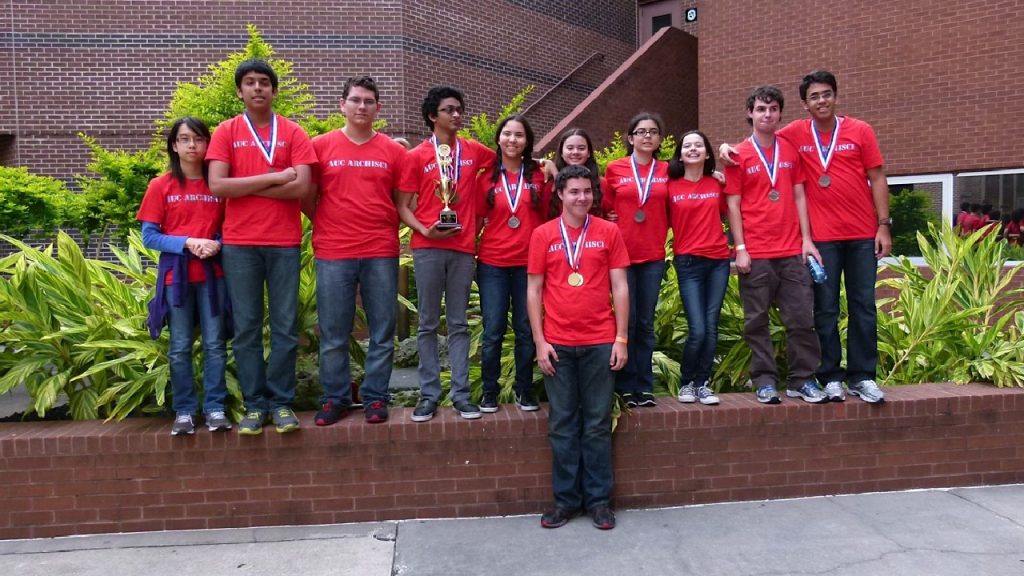