Gold medals are not just being passed out in Sochi this month! Multiple Archimedean Middle Conservatory students received top honors at thisyear’s regional Science Olympiad. The competition was held on February 15, 2013 at Florida Atlantic University.Students competed in 24 events on varied subjects about genetics, earth science, chemistry, anatomy, physics, geology, mechanical engineering, technology, and mathematics. By the end of the day, an astounding 54 medals were placed around our student’s necks, 23 of those being gold medals. Our Team 1 earned 1st place overall in the competition and our Team 2 earned 4th place overall. Both AMC Science Olympiad teams will prepare for the state competition in the University of Central Florida on March 15, 2014. Good luck! 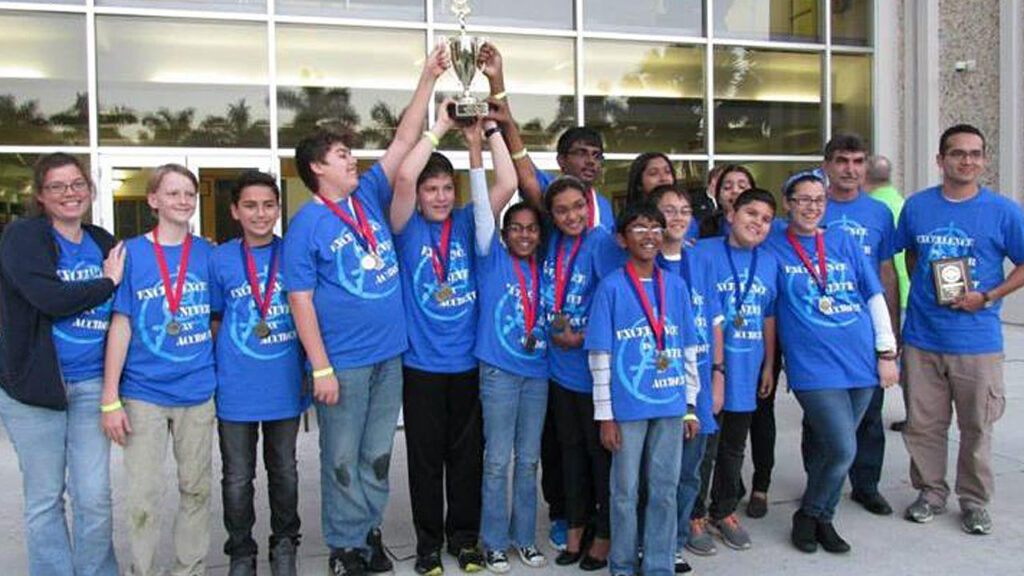