Galileo Galilei, the Italian polymath, astronomer, physicist, and engineer, has been called the “father” of observational astronomy, modern physics, and the scientific method. His work and discoveries have greatly impacted society and the world as we know it. Life of Galileo, the play by German playwright Bertolt Brecht is about the eminent Italian natural philosopher’s career whom the Roman Catholic Church tried in 1633 for the proclamation of his scientific discoveries. The play’s primary theme is the conflict between science and dogmatism, and the social responsibility of scientists.

Galileo is most well-known for improving the telescope and using it for astronomical observations, which led to some of his most famous discoveries. These include the four largest moons of Jupiter -now known as the Galilean moons- and the phases of Venus. Galileo’s work supported the heliocentric model of the Solar System, which was proposed by Nicolaus Copernicus and was counter to the popular belief that the Earth was the center of the universe. The heliocentric model was also contrary to the doctrine of the Roman Catholic Church, which added to the controversy surrounding Galileo’s work. To make his work and conclusions more accessible to the general public, Galileo published his findings in vernacular Italian instead of traditional scientific Latin.

The play’s writer, Bertolt Brecht, was the leading theoretician of epic theatre (or dialectical theatre). Epic theatre is a theatrical movement arising in the early to mid-20th century from the theories and practice of several theatre practitioners who responded to the political climate of the time by creating new political dramas. Epic theatre utilizes techniques to prevent the audience from suspending their disbelief and seeing the theatrical play as real-life; the goal of epic theatre is to lead the audience to give their own interpretation of the story presented on stage by addressing the audience directly with analysis, argument, or documentation. This way, the audience does not identify with the actors’ emotions and is invited to think critically about the actions presented on stage. For Brecht, a play is about teaching the community through political, social, or scientific conflicts by relating them to similar contemporary tensions.

History and Philosophy of Science Analysis by Dimitris Timpilis

Co-producer Department of Teaching and Learning, University of Miami 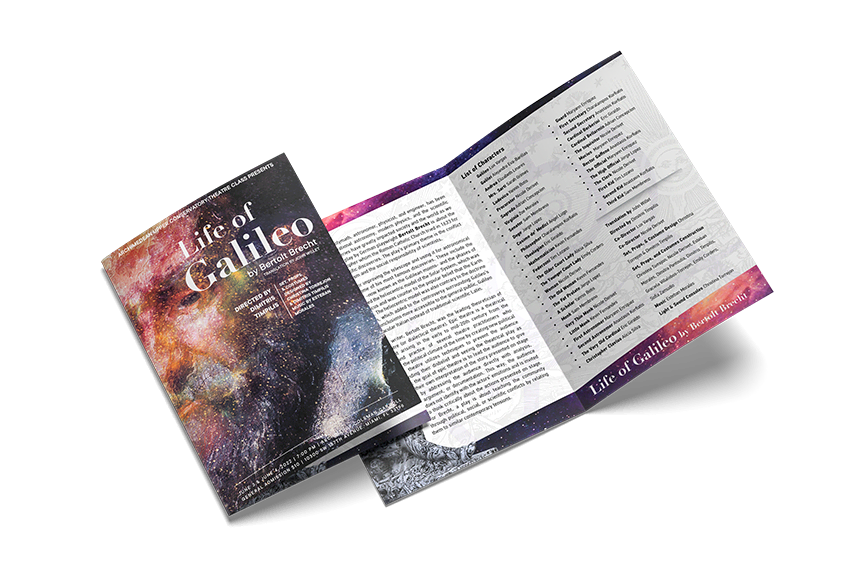 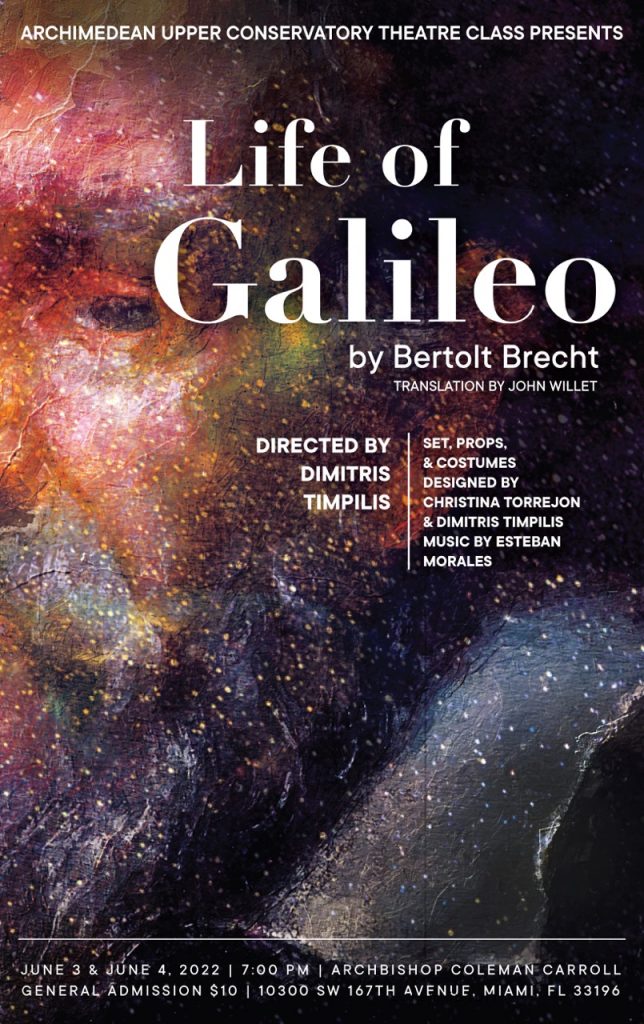