There were four events that comprised this competition, and six teams competing. Archimedean took 4th place, but the point spread was very small: AUC was one-half a point out of Second place and one-quarter of a point out of Third place. The students shined in their competitive spirit and support of one another… before and after each event, they “huddled” in a wonderful show of unity and camaraderie. They played together with balsa wood gliders and cavorted through the Automobile Museum with incredible joy and enthusiasm. They were gracious and polite with their opponents and event hosts. They took charge of their participation in the competition; organizing themselves to study in advance of each event and preparing themselves thoroughly for what was ahead.

The event took place on the anniversary of women in flight, and so the female participants (there were only three), we recognized at opening ceremony.   Elizabeth Hernandez was interviewed at the event. 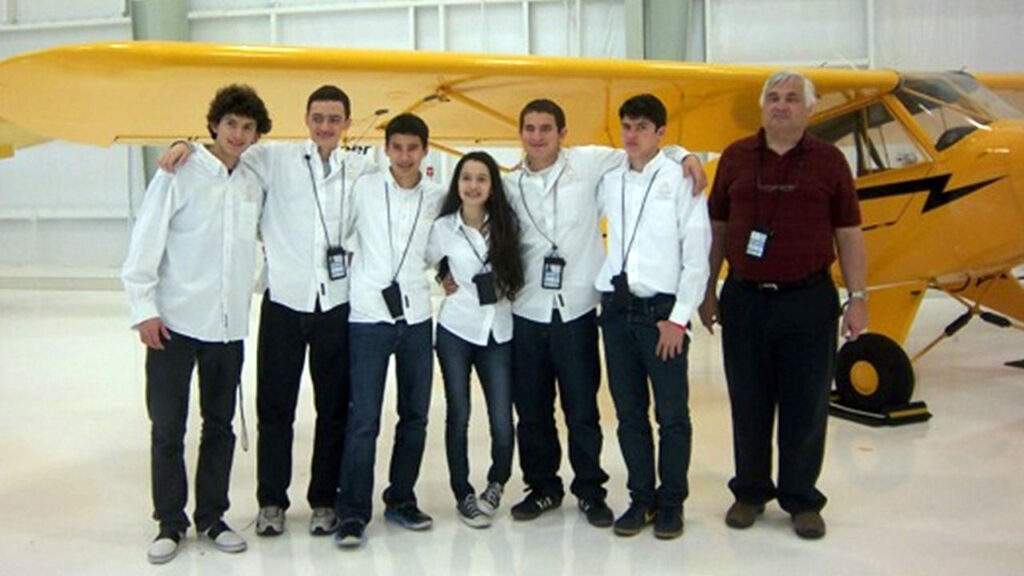