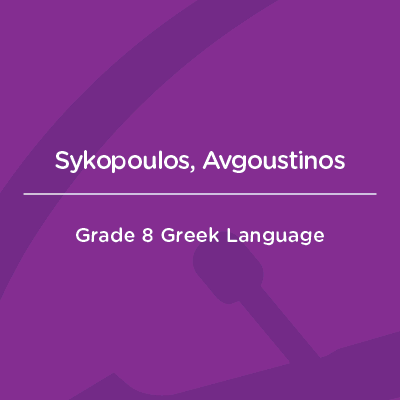 Mr. Avgoustinos Sykopoulos Bellos is a Modern Greek Language teacher at AMC.
He received his BA in Greek Philology from Aristotle University of Thessaloniki, Greece, in 2000, then pursued his MPhil in Classics with a specialization on comparative literature at the University of Birmingham, UK, and he also holds a Ph.D. in Latin Literature from the University of Thessaloniki. In 2005 he began working as a High School teacher in public schools in Greece, teaching Ancient and Modern Greek, Latin, and Greek Literature. In 2013 he moved to the United States and since then he has been teaching Greek as a foreign language in New York City and Miami. He speaks English and Italian.